By Maggie Abbott
Four long-estranged friends from London’s turbulent Sixties scene of sex, drugs and rock and roll are thrown together after seventeen years when one of them accidentally discovers the secret identity of their betrayer; a man they knew only as The Acid King, a charismatic figure who orchestrated a weekend of alluring drugs ending with a bust, jail time and death.
What the friends don’t know is that a New York FBI Agent, another old enemy of the Acid King, has been on a long frustrating manhunt of his own, driven by the same rage for revenge. Until, by coincidence, he discovers the mystery man’s hidden Los Angeles location and tracks him to his lair. Resulting in a dangerous confrontation that puts lives, both guilty and innocent, on the line.The Acid King is the thinly veiled story of the famous Redlands drug bust of 1967; an event that put Mick Jagger and Keith Richards behind bars and nearly destroyed the world’s most famous rock band. All orchestrated by an unidentified man who set them up and then disappeared.By a strange twist of fate the Author (former film agent for Mick Jagger) met the Acid King in Los Angeles and became involved with him for several years, never knowing who he really was, until her friend Marianne Faithfull (former lover of Jagger) surprisingly identified him.

Read an excerpt from the book:

Inside the crowded tent Ann was in good spirits again, giving a witty commentary to Craig as she pointed out some of the former luminaries getting into party mood with plenty of good wine and enough nibbles to make up for the obvious fact that Swindon was nowhere to be seen yet. Perhaps the more cynical among them had got the picture by now. Swindon Lodge was not coming to join the lowly, there was too much fun going on inside, with the latest hot young actors from the Coppola and Hughes stables, all telling great yarns, their loving babes in awe.

With her view of the entrance into the tent, Ann spotted Madeleine immediately and lit up in recognition before everyone else in the room did. It was probably that which drew Madeleine’s attention to her, as she came over to Ann, smiling broadly, arms already extended wide for a hug.

“Now this is the A tent. Here comes royalty,” Ann whispered to Craig, who turned to watch Madeleine’s approach.

The Acid King tells the fictionalized story of what she imagined could have happened afterwards.

A casual job as a secretary at the William Morris Agency in Rome introduced her to the exciting scene of Cleopatra, Fellini’s 8½ and The Pink Panther, with the city’s influx of big stars calling by the office every day, and triggered her lifelong love affair with movies.

Somewhere in between, Maggie was the production assistant on three Broadway plays, and a producer and studio executive at Columbia Pictures where she developed and got production credits on two movies.

Enter the giveaway and follow the tour here: http://www.promotionalbooktours.com/2013/07/acid-king-blog-tour/ 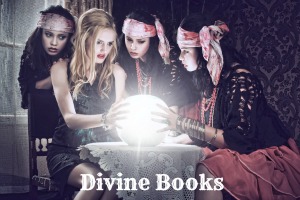