Saxon, Ming and Heba, glamorous girlfriends of three ruthless power brokers in the international oil industry, become instant friends over a broken zipper in the ladies’ room of a five-star Paris hotel during an OPEC conference. They don’t realize they’ve been set up. Nor that they’re being stalked by a sexy young assassin on the payroll of Ming’s tough old billionaire Chinese banker. He’s competing with Saxon’s charming but wily Washington lobbyist and Heba’s gorgeous but sinister Saudi Prince for the Grand Prize. Control of the world’s oil supply. Rumors abound that their precious Light Sweet Crude is running out, and only an elusive genius scientist, Doctor Hilda Lobinski, knows the facts. When the three smart career women catch on to the cunning plot they dub themselves The Bimbo Syndicate and set up their own agenda. Things go wrong. Pulling all their strings from his lonely exile is a former White House insider with his eyes on the money and a gruesome plan to grab it all. It’s election year 2000, the atmosphere is heating up with the excitement of shifting powers and the deployment of dirty tricks. But the big movers know there’s more to it than just getting elected, it’s where the oil is that has their attention. And whoever owns the oil owns the world.

I.Beam was originally a mystery assassin in a series of short video films I wrote in the eighties, when MTV introduced a potent new style of entertainment, combining the theatrical antics of musicians with their songs and innovative cinematic plots to keep everyone watching for hours on end. In my stories she was an actress who got trapped in a contract with a sinister corporation to kill their rivals, devising increasingly twisted versions of fatal accidents, cloaked in various identities to pretend to herself she wasn’t actually killing people.

This was a time when music was driving everything. The TV series “Miami Vice” was a drug, laced with hot tunes, I never missed an episode, there was no DVR, so I programmed myself to stay home and watch it every Friday. I was watching an episode with an old boyfriend of mine in a guest role one night, when my apartment building on La Cienga caught fire, the firemen came to get me out, so I stood on the street with my cat, watching thirty feet high flames shooting out of the roof, wondering how the episode ended.

I was working on crossing over musicians into movies at Triad Artists, and constantly searching for the perfect role in “Miami Vice” for our new artist Whitney Houston, with help from Bonnie Timmerman, who cast the show in New York. But the black lady characters were either voodoo queens or hookers, and nothing suitable ever came up. But I did start Whitney’s crossover in a TV series called Silver Spoons. She sang her first hit song on the show, but the network insisted on changing a suggestive line in the lyrics. I negotiated a hairdresser and make up artist who transformed her look. And the camera fell in love with her.

Before the Coachella Music Festival caught fire, so to speak, there were other events less remembered, except by me. There was a three-day bonanza on a huge camp site in San Bernardino called the US Festival organized by Steve Wozniak, Woz from Apple, a fine visionary. It was loaded with a wild selection of performers – U2, Bowie, The Pretenders, The Stray Cats, Van Halen, each with their own backstage tent. Brought together by the influential promoter Bill Graham. Most of the multi-camera show was directed by a chic lanky lady called Sandy Fullerton.

Sandy became my good friend when I hired her to direct the video of The Montego Bay Music Festival which I produced in Jamaica the year before. Another three-day event, where The Clash, the Marley Family, The Grateful Dead, The B-52’s, Rick James, Aretha Franklin, The Beach Boys and other unlikely choices all mingled in an eccentric easy-going party which ran happily late every day. So late that Peter Tosh, the final act on the third night didn’t hit the stage until the sun was coming up the next day. Whether or not the healthy abundance of ganga had anything to do with it, I really can’t say.

A casual job as a secretary at the William Morris Agency in Rome introduced her to the exciting scene of Cleopatra, Fellini’s 8½ and The Pink Panther, with the city’s influx of big stars calling by the office every day, and triggered her lifelong love affair with movies.

Somewhere in between, Maggie was the production assistant on three Broadway plays, and a producer and studio executive at Columbia Pictures where she developed and got production credits on two movies.

One thought on “The Bimbo Syndicate by Maggie Abbott #authorpost” 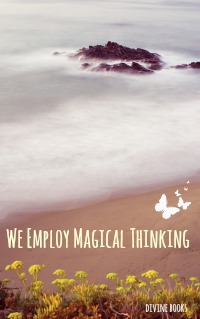